John C. Munro Hamilton International Airport was first built in October 1940 as a wartime air force training station. Originally designed as a multi-purpose military field, the Airport was used for flight training, air navigation, telegraphy, and air gunnery. After World War II, the Airport transitioned from a military establishment into a public facility.

Expanding the Airport into a regional transportation hub was a dream of many Hamilton Politicians. John Munro, who was born in Hamilton in 1931, was instrumental in turning this dream into a reality.

In the early 1980’s Mr. Munro secured a $55 million federal investment to expand and develop Hamilton International’s existing facilities. In 1981, construction to expand the existing airport began. The expansion plan consisted of:

The expansion was complete by 1986 and the new facility attracted larger aircraft and accommodated increased passenger and cargo traffic.

On February 15, 1993, a devastating fire destroyed Hangar 3 and one of the Canadian Warplane Heritage Museum hangars. As a result of the fire, and due to the importance and significance of the Warplane Museum in the community, Regional Council announced that $12 million would be given to develop a new museum. The new Warplane Museum opened its doors to the public on March 2, 1996.

In 1996, local businessman and builder, Tony Battaglia of WestPark Developments, along with the operational expertise of the Vancouver Airport Authority, TradePort International Corporation Ltd. was selected by the City of Hamilton to manage and operate the Hamilton International Airport under a 40-year lease agreement.

Today, TradePort is a wholly owned subsidiary of Vantage Airport Group, which manages a network of 10 airports on two continents.

In the period since that first expansion in 1981, Hamilton International has grown to become one of Canada’s largest airports for domestic air-cargo distribution, a commercial passenger airport for the greater Hamilton area and a strong economic driver for the city and region. 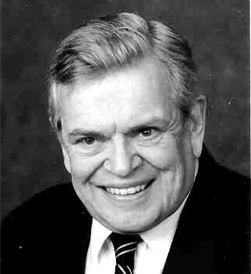 Hamilton International Airport is named after one of the City’s most prominent political figures, John Carr Munro. Born in Hamilton on March 16th, 1931, Mr. Munro was an active political and community leader in the 1960s, 1970s and 1980s; he passed away on August 19th, 2003 at the age of 72.