Joint funding for the 77,000 square foot Facility was announced in January 2013 and will support the expansion of cargo operations at the Airport, stimulate job creation and economic development for the City of Hamilton and greater region.  The Facility is slated to open in Q2 2015.

At today’s ceremony, Hamilton International Airport Chairman, Ron Foxcroft; Vantage Airport Group President and CEO, George Casey, and Hamilton International Airport President and CEO, Frank Scremin, unveiled a plaque which will hang in the Air Cargo Logistics Facility, thanking the federal and provincial governments, as well as the City of Hamilton, for their support of the project. 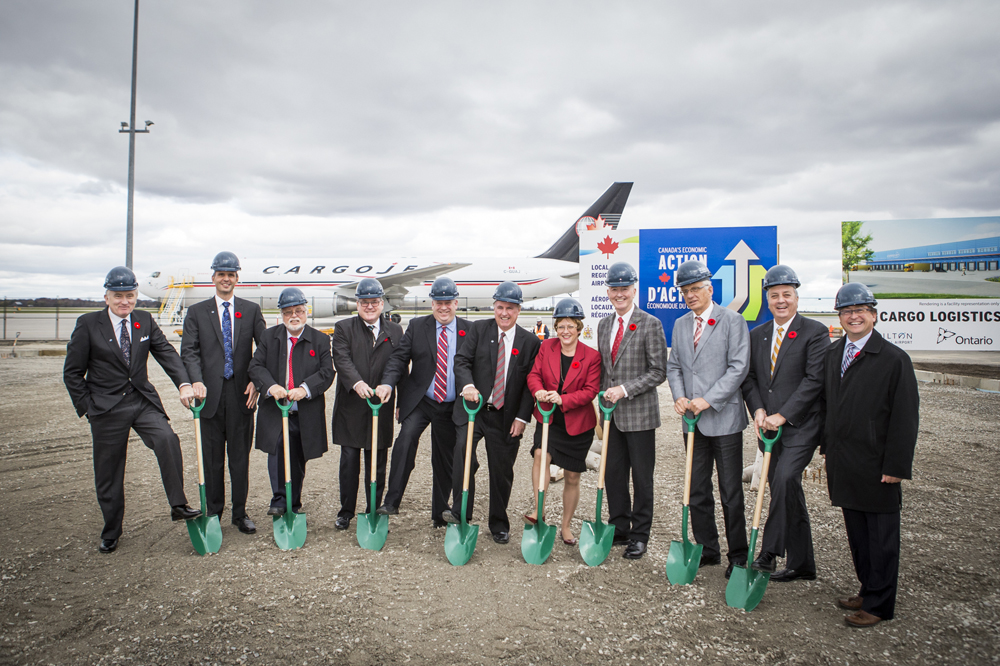 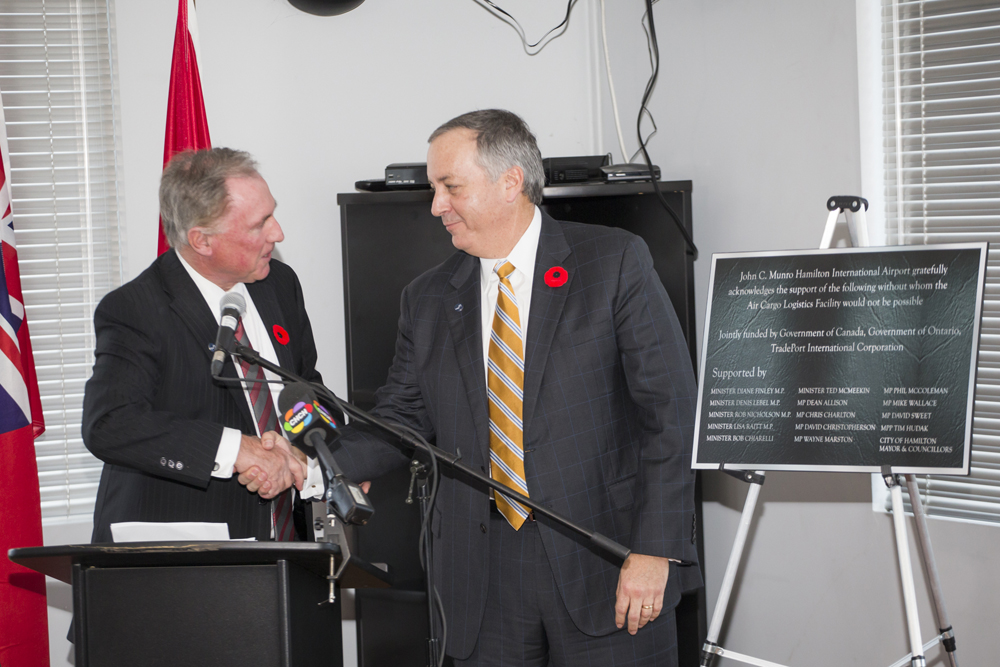